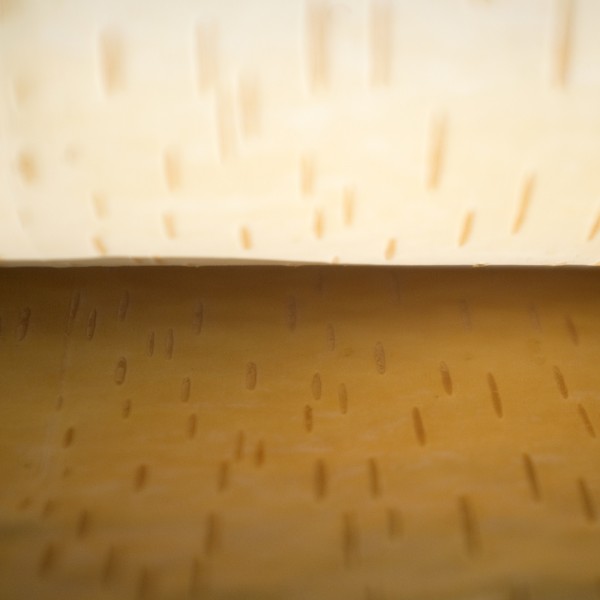 The line was offered like a revelation, a promise of salvation and an absolution: “We’re not meant to save the world. We’re meant to leave it.” Intoned by Michael Caine’s character 20 minutes into the space epic Interstellar, I found it more unnerving than any of the plot-twists or time paradoxes to come.  Our destiny, it suggests, is not on this ball of dirt, it’s up there in the heavens. Earth is a cocoon from which humanity might emerge, winged by rocket boosters, to soar amongst the stars in our true celestial form. And what of the husk left behind? Who cares? We outgrew that, we moved on, get over it.

Long after the reverberations of all the film’s explosions and wormhole journeys faded to a dull buzzing in my ears, this concept was still smouldering away in my mind. It’s still there, and it was fanned back to a bright ember by press coverage of the hopeful passengers for a one-way trip to Mars. I feel that there is a fundamental question being posed about our species’ status and that this question should be examined carefully.

Interstellar sketches the causes of the future dystopia in vague terms. The threat to mankind’s continued existence, on Earth at least, is assiduously not connected with any anthropogenic factors such as climate change or pollution. This lack of responsibility helps to validate what seems to be a quasi-spiritual belief in the extra-terrestrial future of humans. After all, if we were responsible for the mess, we might feel responsible for dealing with it rather than buggering off. The energy that some people expend in trying to shift this responsibility suggests it has weight, perhaps enough to keep us here. But even if we do feel guilty about it, what if the message from Interstellar is right? Are we not meant to save Earth? Should we get over our sentimental attachment to this planet and start getting our technological act together so we can leave home already and make our own way in the universe? [1.]

Some might find it reassuring to think that our species has a higher destiny, that somehow our singular failure to live within our means is actually a sign of unearthly superiority.

Our intellect and invention can insulate us from nature as completely as money insulates the 1% super-rich from the lives of the 99%. Counting costs is surely not for us; our actions are without consequences because we can always buy solutions, and if, eventually, those solutions run out and we have to leave everything behind, then so be it.

There is an inherent elitism in the Earth-abandonment narrative too. The spaceship that promises to take us away to the future is never big enough for everybody. Inevitably the story involves leaving people behind and deciding who lives and who dies. In fact, we are living a version of this story right now. Some already suffer the affects of global climate change while others are protected. The inequalities between nations that can afford to adapt to changes in climate conditions and those that cannot will only grow as those changes become more extreme. It may be that in 50 years, we might as well have left the developing world on a sinking ship while we cruise away in the safety (if not the comfort) of our lifeboats.

Maybe we haven’t yet screwed things up so completely that global evacuation is the only option for survival. Hopefully it will never come to that, but if it did I’m not sure that – given the choice – I would go. The idea of leaving the Earth creates an existential panic in me. Perhaps this is a failure of courage or imagination on my part, or a failure of aspiration. It might sound parochial but my ambition for the human race does not extent much beyond our planet. I am the planetary equivalent of the close-to-home holiday maker – we have lovely barren deserts here, why anybody would want to go all the way to Mars is quite beyond me.

Aspiration of a different kind is one of the things that worries me most about a life in space. If I can’t go outside and breathe the air, go for a walk amongst trees, by a river, hear birdsong, I’m not sure I’d see life as worth living. The prospect of perpetual life-support in a Mars colony, where everything around you, including the air would be unequivocally man-made recalls John Betjeman’s “tinned breath” of Slough’s “air-conditioned, bright canteens” only much, much worse because there’s no alternative.

Perhaps I simply lack the adventurous spirit that is so vigorously celebrated in Interstellar and other films like it. Our drive to explore, invent and achieve has set us apart from all other creatures (perhaps it has also given us the feeling we don’t fit in). When we left the confines of our planet and then took those tentative first steps on the moon’s unearthly soil, we were only continuing a story of exploration that seems inevitably to lead us further and further from our origins.

The call for applicants to join a one-way manned mission to Mars is just the latest moment in this story. Interviews with the hopeful applicants focused, for obvious reasons, on their thoughts about never coming back. Why, everyone wanted to know, would anyone willingly sign up for such a mission? In reply, many drew parallels with the early voyages to the Americas or even the mass emigrations to Australia, neither of which offered much hope of return. But I see the Mars mission as a fundamentally different proposition. Explorers in the 16th Century might have wondered what strange new sights they would see, but their “new world” was also the same old world with water and trees, clouds and winds and smells. The weight of gravity on their bodies would have pulled with the same insistent tug and the air would have been as breathable on the far distant shores as it was in the ports of Europe. Our very physiognomy is a product of our evolution on Earth, how can we feel at home anywhere else? How could we feel at all?

What does mankind look like if it is completely removed from the natural world? In the animated film Wall-E, pollution has driven the Earth’s population to live on a kind of cruise ship in space where technology affords such a sedentary lifestyle that people have grown to resemble blobs with vestigial limbs. I’d be at least as concerned with the psychological effects as the physiological ones. We might worry about being alone in the universe now, but just wait until we are all re-breathing in some bright space-canteen waiting to reach the promised land. Without the company of trees and the wind and the stir of the oceans, staring at stuff we’ve made, and the ever-distant stars – that’s when, even as we share cramped quarters with the remains of humanity, I think we’ll feel truly alone. All the more when we realise that we won’t be missed back on Earth.

Cooper, the hero of Interstellar, played by Matthew McConaughey, personifies the restless ambition of humanity and our sense of unfulfilled potential. “We used to look up at the sky and wonder at our place in the stars,” drawls McConaughey in his molasses cadence, “now we just look down and worry about our place in the dirt.” (I think of Betjeman again, and his “bald young clerks” who “daren’t look up and see the stars, but belch instead”, but for Betjemen the threat was mindless modernity and for Cooper it’s a loss of faith in technology.) Cooper’s is a sad state for sure, but isn’t it a question of perspective? Space travel makes for more exciting cinema than soil science but what is dirt? The Earth was formed from the same cloud of gas and dust that made the Sun, the same sort of stuff that made all suns. Joni Mitchell knew what she was talking about when she sang “We are stardust” – but so is everything else on earth, including the dirt. Our place in the dirt is our place in the stars, the two concerns are the same. One man’s worry is another’s wonder.

And if you think that the stars deserve our attention more than the dirt consider this: although the stars have fed our imaginations, the dirt has fed and nurtured life not just for our short incumbency but for millions of years life. Our earthly concerns should not been seen as limits on a higher calling. Getting things right, right here, is far a more ambitious task than mere space travel. It’s not as easy as landing on the Moon, it will be considerably harder than landing on Mars, but if you want to see the best that mankind can accomplish, let’s set to the challenge of living on this world in harmony with nature and each other.

[1. Science fiction returns again and again to versions of the abandoned Earth story. The genre is terribly pessimistic about life on earth and very excited by the prospect of leaving. It strikes me that these narratives might say more about adolescent fans preoccupied with leaving their family home at the cusp of adulthood than they do about a wider attitude towards our future on earth.]