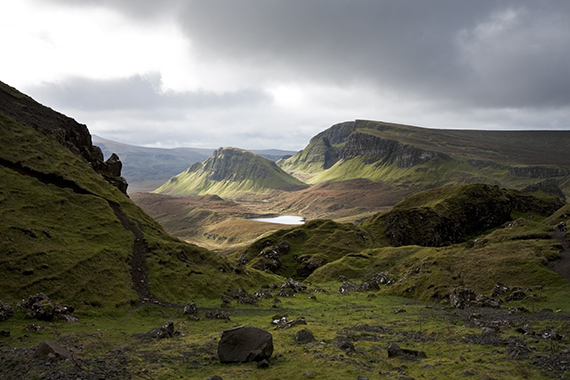 At the end of this week I’ll be driving up to Scotland for a fortnight of photography and research, so right now I’m packing and looking at maps and making sure all my gear is working. This trip was due to happen last month but first the van’s gearbox went and then I got a nasty bout of ‘flu, which then turned into a chest infection and all in all I had a fairly miserable February. The van is back on the road, thanks to Bernd Jäger, who supplied a reconditioned gearbox from his workshop in Liebnau, Germany, and especially to Joe from Jack’s Garage in London who drove there to pick it up. I’m more or less back to normal too, though I can’t remember ever feeling sicker than I did and I’m definitely getting a ‘flu jab next year.

I have a long list of Landscape features to photograph in Scotland from Allt1 to Vig2 and as you might expect there’s a lot of Gaelic words in there, although I’ve tried to choose ones which are particular to the Scottish landscape as well as language. A fair few terms are for snow and ice features, which will necessitate some serious mountain trekking and I plan to make it to the summit of Ben Nevis in the course of the week in search of Sastrugi3, not a Gaelic word but a very snowy feature.

Since I love looking at those “what’s in my bag” images I’m planning on shooting one for all the kit I’m packing for the trip. There’s a lot of stuff – it might be more like “what’s in my five bags”.

By the way, I shot the image above last time I was in Scotland, way back in 2006, when I was shooting for Wild Swim. To my great shame I don’t have a clue where it is but I remember it was on the way from Inverness to Gairloch. [edit 10/06/14 It’s been pointed out that my memory is clearly rubbish and the image is of the Quiraing on Skye.]

1. Allt – A river or burn with high or precipitous banks.
2. Vig – A nook or sheltered cove.
3. Sastrugi – Wind-formed grooves and ridges in surface snow.